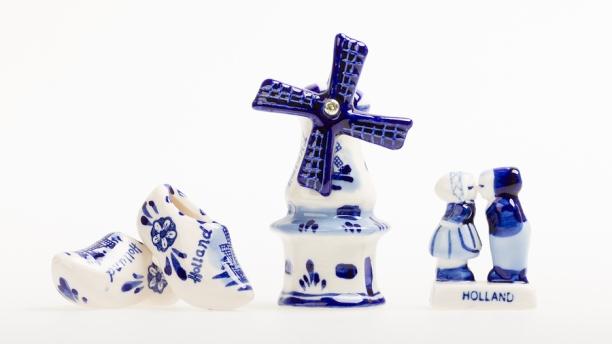 Regarded as the home of Holland’s famous blue and white pottery, Delft is bursting with character and charm and offers activities and entertainment to everyone who visits.

Situated in the south of the Netherlands and within easy reach, via public transport, from many of our Amsterdam holiday apartments, Delft is a traditional Dutch city which is definitely worthy of a visit. Nestled between the cities of Rotterdam and The Hague, the remarkable city of Delft is just a one hour train ride away from Amsterdam’s Centraal Station, and with trains departing as regularly as every thirty minutes, the city provides the perfect getaway from the hustle and bustle of Amsterdam’s vibrant and energetic streets.

Adorned with picturesque canals, stunning churches, authentic buildings and an array of delightful cafes, bars and restaurants, Delft dates back over several centuries and is a city brimming with a fascinating wealth of history, much of which can be explored within its superb collection of impressive museums. The city’s eastern edge borders upon an enchanting woodland area, which boasts a tranquil lake and offers a wide range of entertaining facilities. Delft is also renowned for its prominent education establishment, the Delft University of Technology, which educates almost 20,000 students each year and is one of the Netherlands’ most popular universities.

The city is often lovingly referred to as the ‘Delft Ceramic City’ due to its history of ceramic industry and production. It is here that the well-known blue and white pottery, also known as Delftware, is made and sold. Based on the patterns depicted in early Chinese pottery, which was imported into the Netherlands by the Dutch East Indian Company in the 17th century, Delftware has become an iconic symbol throughout the world. Within the city of Delft, visitors will find a range of factories which produce Delftware, some of which are open to the public and offer fantastic workshops which allow visitors the opportunity to create their very own piece of blue and white pottery. The city’s charming souvenir shops also offer an incredible variety of Delftware and sell everything from cute trinket boxes to fine crockery collections.

As well as being famous for its ceramics, Delft is also where the much-loved painter Johannes Vermeer spent most of his life and is where he produced much of his magnificent work. Several sites across the city are dedicated to the artist, including the fabulous Vermeer Center, which provides visitors with an insight into Vermeer’s life and is an attraction certainly not to be missed. The city is also known for its links with the Dutch Royal family and is where William of Orange resided in the late 1500s. The striking Nieuwe Kerk (New Church), which dates as far back as the late 14th century, contains a vault which acts as the final resting place of William of Orange, together with various other members of the Royal family.