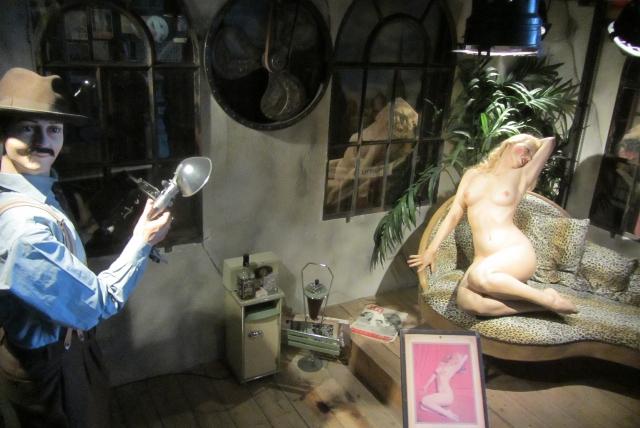 Located on the vibrant Damrak road only a few minutes away from Amsterdam’s central railway station, the world’s first Sex Museum enhances its visitors’ imagination through a fun and diverse display of statues, paintings, videos, photos, and various objects belonging to all historical eras. Keeping in line with the statement that “sex is the most natural thing in the world”, the museum aims to underline the role of sexuality as seen through art in its evolution in history. In other words, if you want to enhance your sexual imagination, take a walk from your short stay apartment to the Sex Museum so you can have a head start to a wonderful hedonistic weekend in Amsterdam.

Since opening its gates in 1985, the Sex Museum has represented an avant-guard cultural establishment aimed at promoting the natural beauty of sex as seen through its various artistic display. The rationale behind the permanent exhibition revolves around the idea that since sex is the most natural thing in the world, then its representation should be one of the most historically documented too. Following this line of thinking, the museum has provided a public stage for visually unleashing the various shapes and scenarios the physical act of love can take over time. Through this unique optical experience, the Museum facilitated an improvement of anyone’s imagination by giving its visitors some food for thought on how to learn and progress in their own sex lives.

While inside its premises, you will soon notice that each room has a different theme, and a different arrangement taking you gradually through time in an exploration of many famous artists’ vision of sexuality. Accordingly, Mata Hari, the Marquis de Sade, Rudolf Valentino or even Oscar Wilde each provide a special unique touch in their themed wildly imaginative small rooms. You will witness all types of sexual objects and artwork from interesting old paintings to rare photographs, to plates, arms, china vases, and you name what, all being the result of the personal work of the museum owners who have gradually purchased the exhibits overtime.

This unique and exciting museum is open each day from 9h30 am until 11h30 pm with a low priced admission rate of only €4. You can easily reach its premises by walking for about two minutes from the Central Station to Damrak street 18. The minimum age for entry is 16.