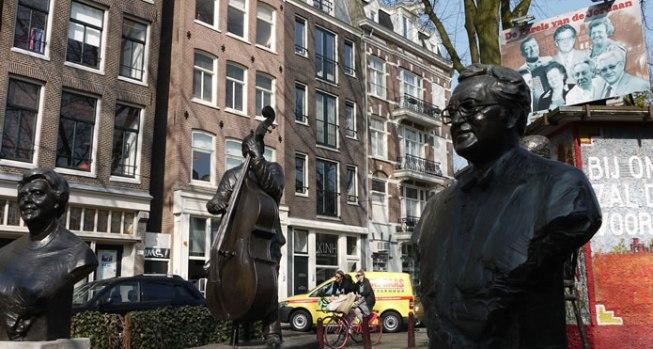 Taking place annually in September, the Jordaan Festival is an event certainly not to be missed whilst visiting the vibrant city of Amsterdam.  Set within the fashionable Jordaan district and within easy reach of many of our Amsterdam holiday apartments, the festival is bursting with traditional Dutch music and emits a warm and welcoming atmosphere, full of character and charm.

Positioned towards the west of the city centre, within close proximity to several of our Amsterdam Jordaan apartments and just a short walk away from Amsterdam’s main transport hub, Centraal Station, the Jordaan district is a neighbourhood which is hugely popular with both locals and tourists alike.  Originally created in the 1600s to house the city’s ever increasing working class population, the area soon become poor, overcrowded and run down.  It wasn’t until the 1970s that the Jordaan was given a fantastic facelift, resulting in the stylish and sought after district that it is today – an area renowned for its chic boutiques, charming cafes and fine dining establishments.

It was also around this time that Jan de Bie, a local resident, organised the first ever Jordaan Festival in 1975 and he has continued to do so ever since.  For three fabulous days in mid-September each year, the much-loved street party takes place within the Marnixstraat, Elandsgracht and Appeltjesmarkt areas of the Jordaan and attracts thousands of visitors from far and wide with its energetic, open air performances of authentic folk music performed by Dutch singers.  It is here that the traditional Dutch levenslied or ‘song of life’ is honoured by the many artists who return to the festival every year.

Together with the traditional folk music, the Jordaan Festival also features an array of alternative music such as delightful opera performances, memorable drum bands and superb cabaret shows.  The mass sing-alongs, which involve the whole crowd singing their hearts out together, are a sight certainly not to be missed and create a feeling of warmth and friendliness. The festival also welcomes children and younger to people to the event, with plenty of games and entertaining activities available for them to get involved in.

During the day time, taking place alongside the various stages and events, the Jordaan Festival also boasts an impressive flea market, where visitors can often find a bargain amongst the collection of colourful stalls.  As late evening approaches and the festival begins to wind down, the fun and enjoyment often continues long into the night within several of the Jordaan’s trendy cafes and bars, many of which encourage the revival of the festival’s sing-alongs.

The Jordaan Festival is an event which is definitely worthy of a visit whilst staying within the magnificent city of Amsterdam and offers a free, fun-filled experience for all ages.  More information can be found on the festival’s official website (in Dutch) – www.jordaanfestival.nl