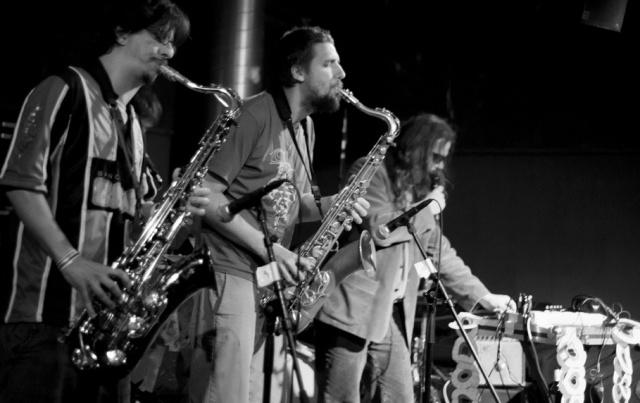 Enjoy listening to the varied sounds of independent and underground music at the SOTU Festival which takes place on 16 – 20 April, 2014. Acts will be performing at six venues near our short stay Amsterdam apartments in the Vondel Park area.

This young festival is turning three this year and it only gets better. If you are on a leisure or business short stay in Amsterdam on 16 – 20 April, 2014 and you appreciate a varied offering of music, particularly new and independent sounds then SOTU Festival may just have the right offering or two for you. The emphasis is on local acts, as well as touring bands and sound artists.

SOTU (Sounds of the Underground) Festival started in 2012 in order to give people access to independent underground music and though it may still be a fresh face on the music festival scene it successfully gives a great opportunity for all to hear a broad range of underground music that you are unlikely to have heard before.

More diverse than ever this year’s SOTU Festival events are spread out over five days and at six different venues in the Old West district of Amsterdam. All of these venues are in the Vondel Park area where we have a long list of short stay Amsterdam apartments which means that you have quick and easy access to each venue. The three main venues are: OT301, OCCII and Vondelbunker.

Being all about the alternative and independent music culture you will be treated to the sounds of genres such as noise, indie rock, psychedelia, avant-garde, bass, improv jazz, underground dance, experimental electronica and footwork. The theme for 2014 is ‘The New Avant-garde’.

Last year there were 93 acts in total and this year seems to be going in that same direction. Artists include Flower/Corsano Duo, The Body, Ekoplekz, Mannheim, Liquorish Dubz, Ashley Paul and Ideal Corpus. Liquorish Dubz is a young Amsterdam based DJ who will be playing the latest footwork music from Chicago. Improvisation drummer Chris Corsano, along with Mick Flower, will be giving you a mystical rocking jazz journey on the Japanese banjo, while American artist Ashley Paul treats your ears to new sounds that are made using various instruments.

SOTU Festival is organised by the SOTU Foundation which is a cultural network and organisation that focuses on the promotion of experimental, avant-garde and semi-popular art. The festival’s programme is not just about listening to music but it also includes documentaries, films, workshops, cultural and philosophical readings, video art and sound art.

If you are a fan of these underground sounds then go browse the records market at the Vondelbunker in Vondel Park. There you will find around twenty Dutch independent underground labels such as Narrominded, Norwegianism, Moving Furniture Records and Vatican Analog. Those in Amsterdam on a short stay with children may be keen on the children’s treasure hunt through Vondel Park.

Find out more about the festival, see the full line-up, and buy tickets on the SOTU website: sotufestival.com