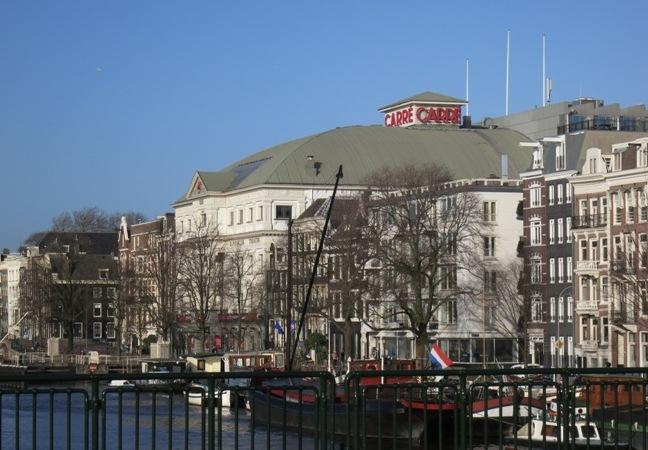 Adopting a luxurious position on the banks of the Amstel River, the beautiful Koninklijk Theater Carre has enjoyed over a hundred years of success, simultaneously charming audiences with its welcoming atmosphere whilst tantalising patrons with performances of unsurpassed quality.

Taking heed of such a prestigious reputation, I decided to see for myself whether this historical institution lives up to its privileged status as the country’s most popular theatre. Originally utilised solely for circus productions, the theatre opened in the winter of 1887 under the renowned expertise of Oscar Carre, becoming an immediate sensation with the city’s residents. Ultimately branching out to incorporate a variety of diverse shows, the establishment continued its prosperous streak until the 1960s, when plans were finalised to convert the theatre into a hotel. The municipality of Amsterdam thankfully intercepted, granting the venue monumental status and injecting much needed revenue into the organisation. In 1977, this revitalised setting became the capital’s official theatre and subsequently changed its title to the Royal Carre to mark its hundred year anniversary.

Currently providing an exalted stage for a host of gifted artists, including singers, dancers, comedians, cabaret stars, acrobats and everything in between, the Royal Carre marks the epitome of a successful career, ensuring a top quality repertoire for incoming guests. Whilst primarily focusing on Dutch talent, the theatre also offers performances for an international crowd, such as the Chinese State Circus, a 2000 year old traditional art form that constituted my first Carre experience. The building’s exterior is already impressive, sporting a Neo-renaissance style that continues behind the imposing facade. I had booked my tickets online in advance, which is highly recommended as the majority of shows tend to sell out quickly, so I headed straight for my seat in one of the uppermost galleries. The auditorium itself is instantly striking, generous in size and luxuriously accommodating, yet manages to radiate a convivial essence that grants an informal quality to proceedings, effortlessly blending grandeur with cosiness. The seats were comfortable and both the acoustics and the view were excellent, although I would perhaps suggest a position closer to the stage for events that require particular engagement with the acts, for example opera, which of course comes at a higher price. However, for a circus show it was ideal to take a step back and enjoy the thrilling action from a distance, allowing you to observe the full scale of the death defying stunts, creating a more dramatic and jaw dropping experience. Indeed, the circus did not fail to exceed my expectations with its vibrant use of colour, expertly arranged sets, gripping musical accompaniment, extraordinary acrobatics, and its general vigour and vitality that continuously exploded from the platform. The audience were simply wowed, me included, offering waves of appreciation after every rousing act, electrifying the atmosphere even further. The closing performance was met with rapturous applause, concluding a thoroughly pleasurable and memorable evening. Even though we did not take advantage of it that night, the Royal Carre houses a highly regarded restaurant entitled Oscars, serving European, primarily French, cuisine, which can be found in the building’s upper level and reputedly affords magnificent views across the city, something to bear in mind for any visitors seeking a convenient place to dine preceding a performance.  Guided tours are also available for anyone unable to procure tickets to a show, providing a fascinating insight into the history, architecture and behind the scenes happenings of this prestigious establishment.

It is fair to say that the Royal Carre Theater certainly lived up to its illustrious reputation, combining superlative talent and exceptional presentation with a stunning setting, an achievement and experience that I will cherish for many years to come. For more information regarding upcoming events and for a chance to purchase tickets, check out the Carre’s website at carre.nl.