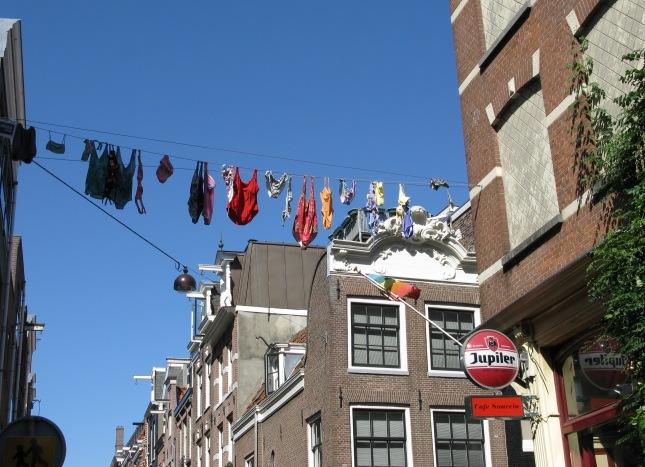 In a respectful and

tolerant city like Amsterdam, many clubs and bars are open to an eclectic mixed

crowd, making this place in Europe the preferred destination for many gay men

and women. There are few “lesbian bars” in town and probably the Saarein is the

one you cannot miss.

Ok, let me go straight to the point: if we lived in a utopian world,

each other, holding hands and laughing at all the stupid, funny things that

this astounding, idealistic dimension would offer. But we live on earth, this

big ball lost in the universe, where many other little universes coexist, some

orbiting around one another, some just disastrously colliding.

Take the second example in consideration when it’s about the

relationship between gay men and lesbian women. Ideas can be shared, of course,

right cause when needed, but if I had to describe the whole thing as if I was

speaking to my 10 year old nephew, I would approximately say that this

cohabitation is quite similar to the one of a cat and a dog: different body

everything, but in the end of the day, the little lesbian feline likes to cosy

up next to the big gay fellow hound.

So, if you are a gay man and you want to enjoy a beer with your

friend (who also happens to be a gay man) in the

wait there! do you know what’s this place

all about?” – read with strong Dutch accent.

I don’t blame this philosophy, as harsh and rude as it may sound at

first: Amsterdam is a gay capital, sure, but

gay should stand for GLBT and that L is often neglected. The

lesbian scene in Amsterdam is a bit more hidden, less visible and its members

handful of glitter doesn’t lead you anywhere. Then, if I want to go to the

Saarein, I know I have to go there accompanied by a woman. That’s what this

place is all about and I profoundly respect that.

The bar is a traditional “

kroegen” situated in the heart of the Jordaan, arranged on a ground floor,

a mezzanine and a little basement that works as a smoking room, provided with a

bar and gave it the name it bears nowadays, even though the actual vocation is

to guarantee a spot where “

people can gather and enjoy some good music and some delightful drinks.

If you follow the rules, which are simple and legitimate, you will

have a great time in the Saarein and, who knows, you will eventually find that

idealistic world I was blabbing about earlier. And I honesty think I did.

A similar vocation is shared by the newly opened

haven’t had the chance to visit it yet, but I will surely pop by soon and write

a few words about it.