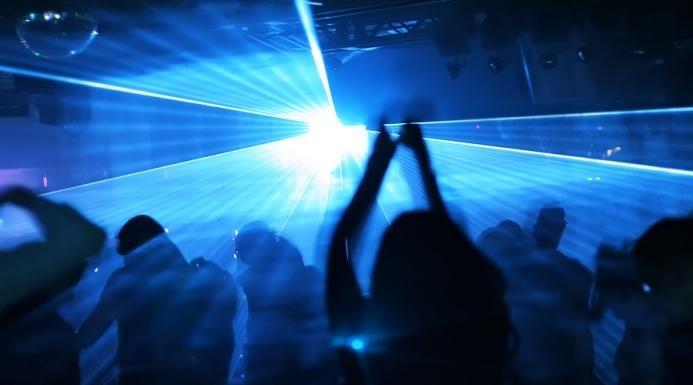 If you are on a short stay in Amsterdam between 5 -9 March 2014 and you have a soft spot for a good party then you will enjoy the 5 Days Off music festival which is a yearly event with performances, club nights, cultural arts events and workshops at Melkweg, Paradiso and De Balie.

It’s your lucky day on any day during the 5 Days Off music festival as you are spoilt for choice with the great daily line-up of musicians and special events. Taking place from 5 to 9 March 2014 this electronic music-fest has grown from small scale to big time since it began in 2001 and is the first multi-day indoor dance event in the whole of the Netherlands.

Those who love music, love to dance and party, and in general have a key interest in electronic music and other art forms are in for a treat as three key Amsterdam events venues get involved with special club nights, live shows and performances, all arranged across Melkweg, Paradiso and De Balie. Many groups of musicians and visitors from all over Europe and the US make up this successful annual event that draws more than twenty thousand visitors each year.

Short Stay Group has many Amsterdam apartments located by each of these venues so you could choose one of these during your leisure or business short stay so that the trek back home is never too far away. Otherwise even if you are on the other side of the city then don’t fear as Leidseplein, the square around which you will find those three venues, is a hub for transport with many regular trams passing through it and going in many directions.

A special line-up of local and international music artists will be performing at the Melkweg and Paradiso night clubs, including: Speedy J, who is a Dutch electronic music producer; Darkside, which is a two-man band bringing you something different with their hybrid of electronic music and psychedelic rock; Nils Frahm who bridges classical, ambient and dance music; Noisia, a Dutch music trio who produce a variety of music such as drum and base, techstep, neurofunk, dubstep, breakbeat and house music; German minimalist Marek Hemmann will be creating sounds your ear may have never before experience; and Rustie who is a Scottish producer and will be playing unique sounds from the wonky music genre he is well-known for.

During the day you can head to De Balie, which is a theatre and cultural centre located near the two clubs, to get involved in the diversity of the program and share your passions with other like-minded people during the showcase of other art disciplines such as film, photography, media art, graphic design, fashion and lifestyle.

If your interests lie in the old music collection of vinyl’s, CD’s, magazines, cassettes, books or even t-shirts then you may enjoy the ‘Long Players Music Market’ which will take place at the Melkweg Oude Zaal on Saturday 8 March 2014 from 12-noon to 6PM. You will find items from an array of music genres such as House, Techno, Hip-Hop, Soul, Reggae, Oldies, Jazz, Blues, Electro, Latin, Classical and World Music. The bonus is that this market is free to entre.

There are also paid for workshops during 5 Days Off and one of these is The Encoded Groove: Free Sound Makers with PureData, by Peter Kirn. This intensive workshop will show how time and sounds can be manipulated using the free open source tool called PureData. Those unfamiliar with this tool will be able to pick up some basic tips and those with experience will be able to learn new tips and techniques. You will also learn how to integrate your PureData creations with iOS or Android apps.

For more information about each event and to buy tickets head to the event website. Our little ticket tip: The easiest way to book tickets is by selecting the ‘Tickets’ link which you can see next to each event description.