Van Gogh Museum, Amsterdam – An art genius ahead of his time

Van Gogh Museum, Amsterdam – An art genius ahead of his time 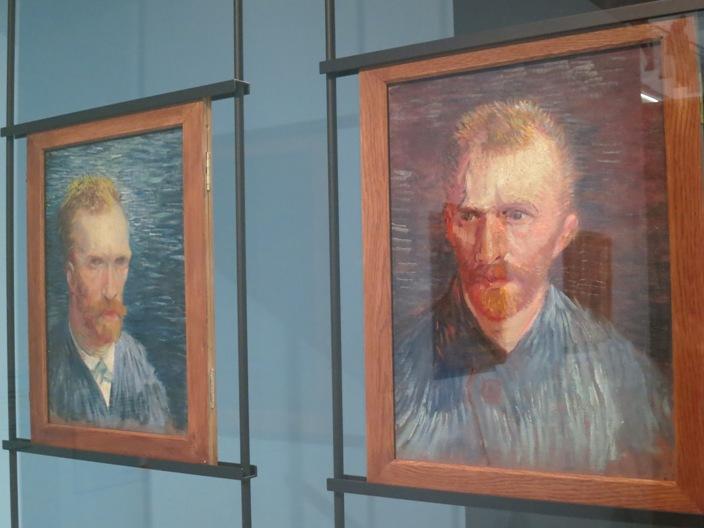 famous individuals and artists. Located at the Museum Square the Van Gogh

Museum, which has the world’s largest collection of Vincent van Gogh’s work,

makes for a nice outing even if you’re not an art lover.

An art genius ahead of his time

So often described as an art lover’s paradise,

most visited attractions in this popular city with around 1.6 million visitors

per year. However, an art lover I am not; that is not to say that I don’t

appreciate a good painting when I see one, I just don’t have any direct

interest in it myself. So when a friend suggested going to the Van Gogh Museum I

thought ‘hmm, how do I get myself out of this?’ But then I thought since I do

the ride. Plus since I’m now living here I owe it to my new peers to find out a

little more about one of the country’s greatest figures in art and history. What

hours and didn’t even notice how much time had passed.

The collection is huge; in fact the world’s

largest collection of the Dutch painters work featuring more than 200

paintings, 500 drawings and over 700 hundred letters. Yes we’ve all heard about

him, but Vincent Van Gogh really was a genius and ahead of his time. It was interesting

to see the contrast between his early work and his later work. The early

paintings were very dark, sad and gloomy whereas the later became more

colourful and cheery and with more complex brush strokes. I picked a few

favourites along the way,

Three novels were two of them and

it was quite amusing to see the

creeping up and it seems they’d even followed us to the Van Gogh Museum. Clogs

symbolised peasant life, a theme to which he adapted a number of his paintings.

and learn about Van Gogh’s life too. The text is inspiring for some, just interesting

educate. The optional audio guide that a lot of visitors choose also tells you

great stories about some of the pieces displayed. Along with the Van Gogh

collection there is an extensive collection of Impressionist and

inspiration from him, as well as his friends and contemporaries.

We were there on a Saturday so it was quite

everyone circulated in good time. Although the ticket queue outside was quite

long, as it usually is on a weekend, so if you plan on visiting the Van Gogh

Museum then we recommend booking in advance. The museum runs the Friday Night

programme which is a series of on-going events that take place in the evenings;

this may be a great alternative night out doing something different.

Picture taking is not allowed but the gift shop

has plenty of souvenirs you can take away with you, they are however overpriced

but that’s expected at any gift shop.

work then this is a must visit while on your short stay in Amsterdam. If you

time anyway, at the least the experience and knowledge you gain may prove an

on Museumplein. The collection at the Hermitage is open daily from 9 am to 5 pm

costing 15 Euros for adults and free for up to 17 year olds. The audio tour