Vondelpark – A morning stroll through Amsterdam’s most popular park

Vondelpark – A morning stroll through Amsterdam’s most popular park 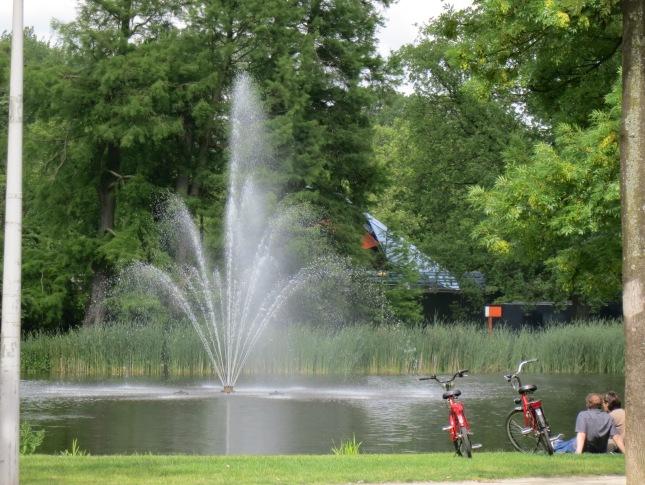 around 10 million visitors every single year, and situated to the south of the

famous Museumplein, the Vondelpark is Amsterdam’s largest and most popular city

and entertainment, such as an open air theatre, children’s playgrounds, a

selection of fine restaurants and picturesque scenery, Vondelpark is definitely

worthy of a visit.

journey and explore everything that this vibrant city had to offer.  It was late October and there was a wintery

chill in the air, we got up very early and began our walk into the city

centre.  As we were staying in the South,

our walk took us via the famous Vondelpark, which welcomes around 10 million

visitors each and every year and is the largest public park in the city,

spanning over an impressive 120 acres.

was designed by the architect David Zocher, and later his son, and was styled

upon an English Garden theme.  The park

association of Amsterdam citizens.  They

were able to use the park free of charge, but would charge an entrance fee to

anyone else who wanted to use it.  The

park officially opened in 1865 and the entrance fee for the public was soon dropped.

entered the park, we were met by some truly stunning scenery; beautiful horse

chestnut and birch trees, a tranquil lake with ducks and herons and a majestic

fountain.  The birds were singing in the

trees and to our amazement we looked up and saw several green parrots, such an

unexpected and memorable sight.  We made

enchanting rose garden, which was filled with over 50 types of colourful roses.

on our journey, we encountered several fascinating buildings, such as the historical

Pavilion which once housed the National Film Museum, the Open Air Theatre which

hosts dance, theatre and musical performances throughout the summer months and

the delightful cast iron bandstand.  The

Vondelpark also boasts some incredible sculptures, including ‘The Fish’ which

was designed by the famous artist Pablo Picasso.  Towards the centre of the park we found the

after whom the park is named.

picnic, which was recognised by the Guinness Book of Records in 2009 when the

However, we decided to have brunch at the park’s charming Blue Tea House

(Blauwe Theehuis) instead.  Set within a

circular building, which was built in the late 1930s, the tea house boasts a

fabulous restaurant and café.  After

enjoying our snack, we made our way through the rest of the park, passing the

sightseeing tourists, local dog walkers and joggers and of course the renowned

cyclists, and out through the enormous gates onto the start of Amsterdam’s

We would highly recommend a trip to the

Vondelpark when visiting Amsterdam, as it is suitable for all ages and really does

offer something for everyone.