Organise a herring workshop in your Amsterdam Apartment kitchen 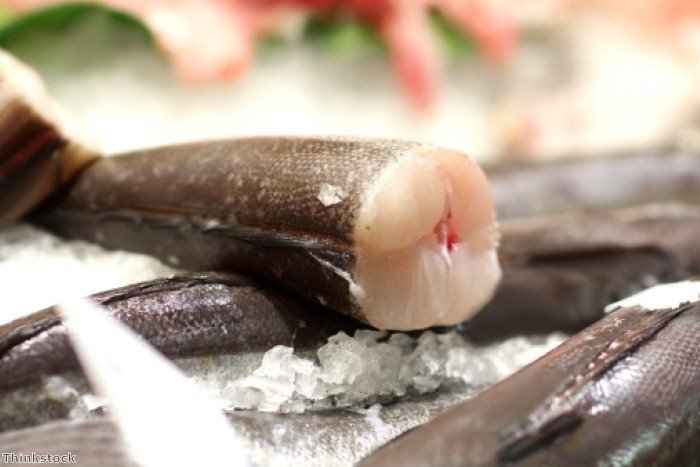 The Dutch are a seafaring nation. Hence the dykes of course. And the Dutch also have a thing going on with fish. Herring in particular. This sushi-type fish is eaten in a way that is peculiar and warrants explaining. It’s called ‘haring happen’ and what happens is this; a Dutchman or Dutchwoman will get on their bike and make their way to the local market, find a fish stall and order a ‘Hollandse Nieuwe’ (a Hollandish New One). Whereupon the merchant understands exactly what they are wanting, lo and behold. Without hesitation, he hands them a flimsy little carton with one small, raw, silvery coloured, herring (just a size up from a sardine but otherwise looking identical), covered in fine diced onions.

The recipient of the delicacy will tend to ignore the onions in their haste to make a grab for the tail of this fish whilst simultaneously throwing their head backwards and opening their mouth, whale-like. The arm goes up in a crane like movement and dangles the upside-down herring over the skyward pointing face. Thus the fish is devoured.

What remains is the small hairy tail and the flimsy carton plus the untouched onions. They’re tossed in the bin and, wiping their face with the back of their hand, the herring happer then cycles off again. The ritual is repeated every few weeks.

Herring is a big thing throughout the Netherlands. The ‘new’ herrings are the first batch of the fishing season roundabout every June and tend to be a momentous occasion for every fish monger- just like the arrival of November Beaujolais is. Every first barrel of herring is sold at auction for extortionate amounts of money – last year’s fetched €95,000. One national newspaper conducts a national herring test every year which determines who’s selling the tastiest herrings.

Plenty of Amsterdam markets will sell you raw herrings, but an Amsterdam fish monger who has realised how much mystery this habit might have to foreigners, is Leen Verbaan. He organises English language workshops during which he explains everything there is to know about herring.

During the workshop, participants learn what quality herring is, where it is caught, what the varieties each taste like and how to clean a herring. At the end of the workshop they take home their own filleted fish. The event is held at the fish monger’s or on location, so you could invite Verbaan to your apartment if you rent with Amsterdam Apartments as all our apartments come with fully equipped kitchens. Typical fees are between € 30,- to € 40,- per participant.