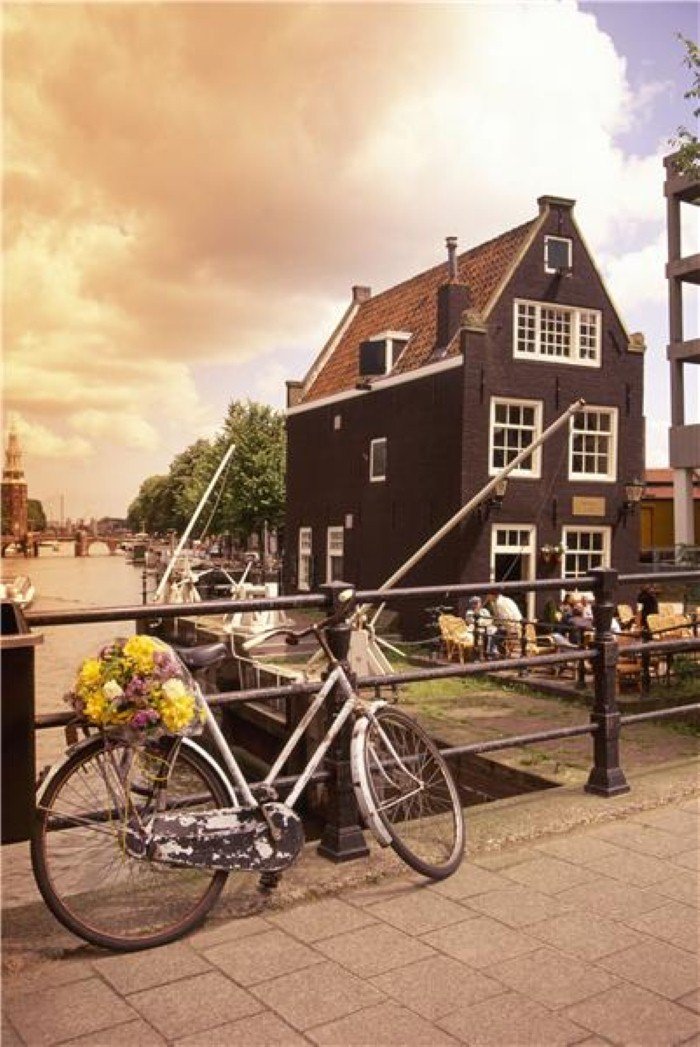 On a regular day, life in Amsterdam can be pretty weird. Just walk around in the city centre and from time to time it will strike you that some of what is going on has escaped the realm of the ordinary. That’s what gives the quaint city much of its charm, I find. For that very reason, Amsterdam is a great place for writers struggling with writer’s block; sitting on a cafe terrace and watching the crowds shuffle past, one is soon cured of any solipsistic tendencies at the very least.

Even though I believe that you can’t contrive weird experiences, some of Amsterdam places induce a sense of the absurd, the bizarre, the unexpected and the downright weird. Here are a few:

Get fed by Kim Jong Il
Amsterdam is known for its tolerance, but to have a North Korean restaurant is pretty astoundingly tolerant. Weird actually. Strange. Bizarre. Incomprehensible even. But Pyongyang recently opened its doors in Osdorp and baffled visitors sit down to have a meal, rubbing their eyes to make sure they’re not dreaming. If you go for it, you’ll find yourself instantly transported to the land of the unexpected as you huddle around a very basic table under bright tube lights in the former neighbourhood club house where the restaurant runs its operations. Waitresses, supposedly originating from the hermetically closed country itself, give live renditions of traditional North Korean songs in between courses. When they do not sing, they smile intensely, making you guess all the harder about how on Earth they got there.

To add to the surreal experience, you should know that a picture of Kim Jong Il is missing from the walls, because the leader instructed his subjects that he cannot ever be photographed. And there’s more; the Dutch owners of the place, two guys both named Remco, are fans of Kim Jong Il, and claim they simply contacted the North Korean government with the proposal to open a North Korean restaurant replete with genuine North Korean staff, a request that turned out to be successful.

Caffeine addiction
Way less unusual than the above, but then, nothing beats those Remcos; the population of Amsterdam itself happens to be the world’s second largest coffee drinkers in the world, with the average resident ingesting at least 140 litres of coffee per year. If it makes you feel weird, you can participate in the coffee cultus at the top floor of the Metz & Co in the Leidsestraat. The coffee is excellent and has a strange price tag, so it is the views you really pay for. Whilst drinking your coffee, ponder the thought that Amsterdam is majority built below sea level and that all the houses you see have been constructed on submerged metal struts to prevent them subsiding. Alarmists are already warning that the city will go the way of Atlantis if climate change causes only a small increase in sea levels, given that the lowest point of Amsterdam is 6.7 metres below sea level. You can only drink coffee to that. Weirdo!

Heineken Experience
Which brings me to the Heineken experience. Even though this is rather a routine tourist event, there’s some pretty weird stuff happening during the very tour itself. For instance, guests are offered the experience of being themselves processed into beer, by standing on a pulsating platform where they get shaken about until they are sick. In another instant you are parceled off into a wooden cart while watching a film of a horses traversing the streets of Amsterdam with accompanying sounds. If that doesn’t weird you out, nothing will! Drink to the weird side of your personality that is obviously enjoying such nonsense!

Back to front house
Looking at the houses in Amsterdam, you might notice that they are rather narrow. When you realise that this is by design, it creates a sense of oddness. In past centuries, homeowners used to be taxed on frontage to the canals, which is why the houses are long and narrow. If you look at Singel 7 for instance, this house is exactly one metre in width and what looks like its front entrance is actually its back entrance. In case you thought this must be Amsterdam’s smallest house, think again! The smallest house is located right next to East India House at Oude Hoogstraat and is just over two metres wide and 6 metres deep.