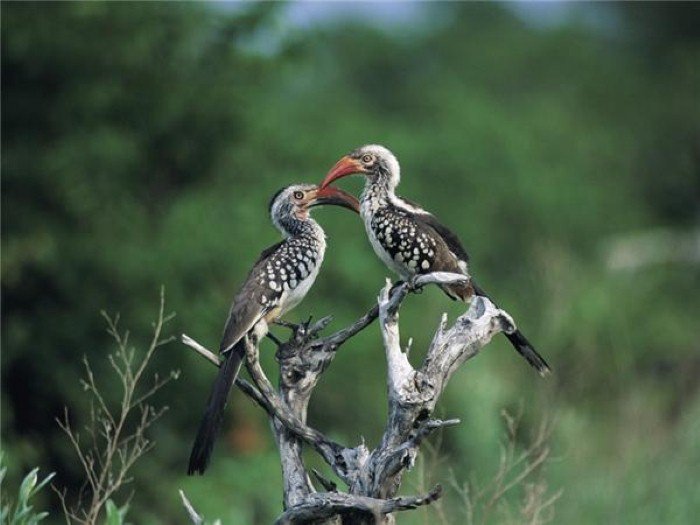 When you pay a visit to the Artis Zoo, it won't just be to keep the kids happy. Because besides presenting the flora and fauna, Artis also serves up excellent fodder for grown-ups. For instance, there are many animals in the zoo that manifest gay tendencies, which is something that has caught the attention of the media and the organisers of the annual Gay Parade.

In recent years, the Gay Pride parade has drawn attention repeatedly to animals like cockatoos, apes, bulls, goats and elephants that accept homosexuality entirely. In response, the staff at Artis zoo have created a permanent special tour around the zoo about gay animals, which is available both in Dutch and English. According to zoologists at Artis, the animal kingdom counts about 1,500 species which have manifested gay behaviour, so don’t expect the tour to be short.

"In many cases it's clear what has been the evolutionary power behind the emergence of this behaviour. Progeny of same sex partners have in some cases even better survival chances in nature," according to the Artis press release. As if that doesn’t sound interesting enough, the organisers of the tour say they will answer questions like whether 100 per cent homosexual animals really exist, how these differences emerge in a species and how they are maintained within a population. The tour is free of charge for people visiting the zoo, but it's advisable to book four weeks in advance on the Artis website.

Artis is located in the Weesperbuurt and the Plantage, which is where Amsterdam Apartments happens to rent out a wide choice of apartments. The zoo is the oldest in the Netherlands and the buildings show their age to their advantage. Situated in the midst of a leafy park setting, the zoo offers plenty of great places to stop off and reflect. There are no less than eight coffee places/restaurants, all rather inviting and stylish.

Besides the animals and the planetarium, there’s also a sizable geological museum, an aquarium house and a butterfly pavilion. These outbuildings make the place great for when it rains.

After your visit, you will certainly agree that Artis is ‘more than a zoo’, as stated by the tourist authorities. And as if the place isn’t already endowed with enough miracles, it’s also a spot where in September 2013 historic documents were found by a member of Amsterdam’s resistance movement during the Second World War.

The documents reveal verse by an unknown poet and was most likely written by of one of the people hiding in the zoo during the war. Dozens of Rotterdam evacuees and Jews were posing as employees of the zoo at the time. Whenever the Nazis performed their razzias (raids), they would merely enter the bear and wolf shelters where the enemy would not dare to go.

It's as yet not known who the poet was, not even whether the person was male or female. He or she expressed a deep desire 'for the day that the last person of Germanic persuasion / returns without blessing, without salvation to their homeward destination'. The verses were stuffed in an envelope and hidden under the roof of a monumental building.