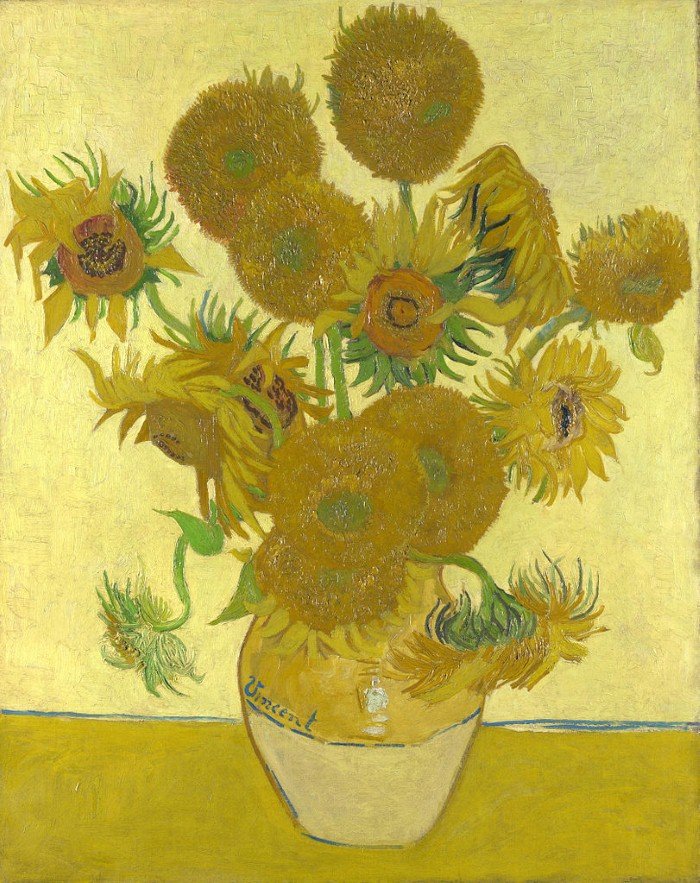 This year marks the 125th anniversary of the death of Vincent van Gogh and in case you’re planning a visit to the Van Gogh museum of Amsterdam, you’ll find yourself in the company of an estimated 180,000 international visitors wanting to take stock of the artist’s legacy.

According to the people making this prognosis, around half these visitors are likely to spend a few days in Amsterdam and other places in the Netherlands, following in Van Gogh’s footsteps. The other half are day trippers – probably businessmen spending a few free hours in Amsterdam marvelling at the absolutely superb new exhibition in the newly refurbished Van Gogh museum.

I won’t bore you with the details of how much you’re all going to spend (rather a lot, you wouldn’t think there’s just been a financial crisis in Europe). Instead, let me tell you what you can expect to notice of the Van Gogh memorial year when visiting Amsterdam, of which the theme is -rather unimaginatively- 125 years of inspiration.

The Van Gogh Museum and various international cities as well as the Dutch government are making an effort to facilitate a re-acquaintance with the artist, his world and his work. At various intersecting crossroads, international visitors will see Van Gogh promotions, designed to lure them to places he lived at, places he worked, places he visited, places he described in his prolific letters to his brother, the arts dealer Theo van Gogh or the venues where his works are exhibited.

The activities in Amsterdam are complemented with the agenda of the Kröller Müller Museum (also dedicated to Van Gogh) in the forest surrounding Arnhem (a great day out, you can ride white bikes of all sizes to get to and from the museum, free of charge). The very best of Van Gogh is of course found at these two museums.

The Amsterdam museum is most fabulous especially because it has only just been refurbished. And, if you have one day to spare, wake up very early in the morning and take a 1.5 hour train ride to Arnhem to visit the Kröller-Müller Museum, which is equally, if not more, fantastic.

The Kröller Müller has a great number of Van Gogh’s works, and also plenty of works of his contemporaries plus a lot of Picasso and an amazing collection of sculptures. Don’t give in to the temptation to take a bicycle detour through the magnificent forest in which the museum is lodged. Find out door to door public transport options via ov9292.nl

Throughout the year, there will be lectures and special events at the Van Gogh Museum, so it’s worthwhile checking the museum’s website when you plan your visit.

On a more sombre note, the art of Van Gogh is very sensitive to deterioration due to light, according to news reports in the local media, so this could be the last of the exhibitions of Van Gogh’s work on this scale. Already, the Amsterdam museum has had to reduce the amount of direct light shun on the paintings, to reduce discoloration. The red pigments in the paintings appear to be especially vulnerable to light.

For instance, the famous Field of irises near Arles (1888) originally were purple, but have turned blue in recent decades. It has been suggested that in order to prevent the damage, the works should really not be displayed at all.