Not for the fainthearted: culinary adventures in Amsterdam 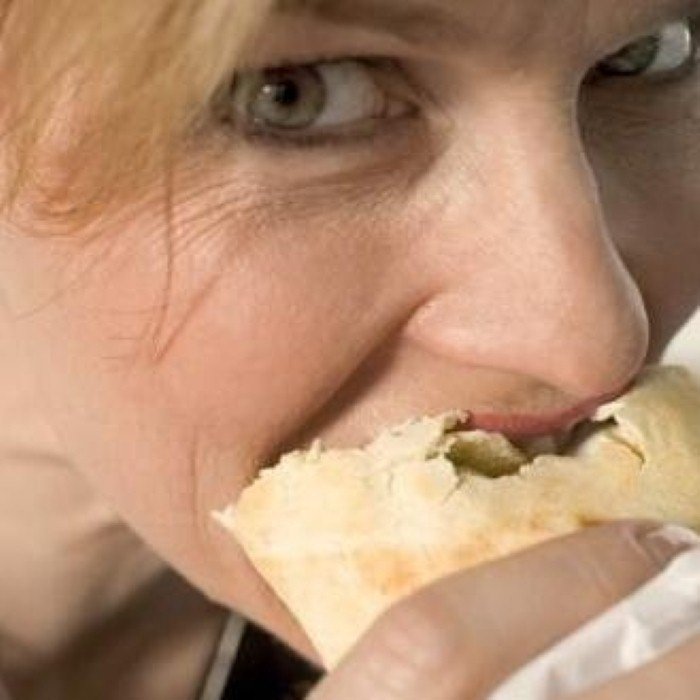 In case you think I am a misogynist for sharing this adventure trip through culinary hell, I can totally understand it. But every national kitchen pantry harbours at least a few skeletons – and chances are that you will want to know about these issues at some point or other. So here goes – these are the horrors you will meet if you try to eat like the locals in Amsterdam. Don’t say I didn’t warn you…

Retrieve instant fried meals stored in a wall
The Amsterdam health authorities offer permits to restaurant owners to operate automated vending machines selling french fries, deep fried chicken legs, and other snacks which I can’t begin to describe other than by saying they’re a health hazard. Just don’t go there… The machines are built inside public walls. You just toss a few coins in them, and take out the delicacy you like the look of. All the snack bar owner has to do is to fill up the slots occasionally and keep the temperature up.

Wurst
Try eating Hema smoked sausage. Let me explain; Hema is a modestly sized department store, which can be safely called the most ordinary [read: boring] shop on the Dutch high street. And the sausage is probably the most popular item on Hema’s indoor restaurant’s menu, for reasons which elude me. People tend to walk into the store only to buy a sausage which is handed them by -I guarantee you- a surly dinner lady, wrapped up in a bit of flimsy paper and a napkin. In case you want to know what looks foul, is disgusting and still is a success story, this is what it tastes like. Here’s  a map of all the Hema outlets in Amsterdam and you can also get the sausages in Moeders, a restaurant on a canal near the Westerkerk and the Anne Frank huis.

Fillet Americain
When you get the chance, you should try to make yourself a sandwich with what’s called Fillet Americain. This is no translation; the locals will know what you’re talking about when you mention those two French words. Fillet Americain is a misleading name for this savory sandwich spread that you are either going to love or hate. It consists of finely ground-up raw beef which has been spiced with something resembling garlick. Perhaps it’s the secret ingredient cannibals get off on, God only knows. Fillet americain has been around for decades, but has yet to make it in foreign territories. It might have something to do with the fact that it not only turns black and blue, but becomes lethally poisonous when it’s one second past its sell by date. You can buy it in any supermarket (look in the refrigerated section next to the cheeses) or at a good butcher’s. Great on toast, bread and rice crackers.

Snack at Febo
Febo. There is no doubt about it, you will run into a Febo snackbar at some point during your stay in Amsterdam. This is the Burger King of the Netherlands, you could say. But skip the burgers and just go for the French fries. These are great, also because Febo serves up its fries with the best mayonnaise you will taste in Amsterdam. When you are in need of a late night snack and can hack the off-putting bright lights for a few minutes, definitely give this fast food place a try. The place might offer little or no ambiance, but the food is packaged in such a way that you can walk whilst eating. My favorite is Patatje Oorlog (War Fries), the curry version is best when you’re hung over and the peanut sauce version when you’re having the munchies. Ask for extra onions.

Raw herring
Right. This one is actually healthy. Raw herring is something every Dutchman eats around once a month. You buy ‘em at markets where fish is sold or at a fishmonger's. Ask the sales assistant which way you should be looking when you devour this delicacy and how you should handle the fish.

Liquorice
What can I say? So many of my overseas friends have let me down on this one. Liquorice is great! It offers comfort in times of utter despair. But if you ain’t Dutch, chances are you’re never going to like liquorice the way it was intended… In case you do want the real deal, venture out to Oud-Hollandsch Snoepwinkeltje in the Jordaan. Mariska will sell you liquorice from real glass jars. Chew and chew and chew, and only swallow once you’ve really tasted the salty black gold for real. No cheating!