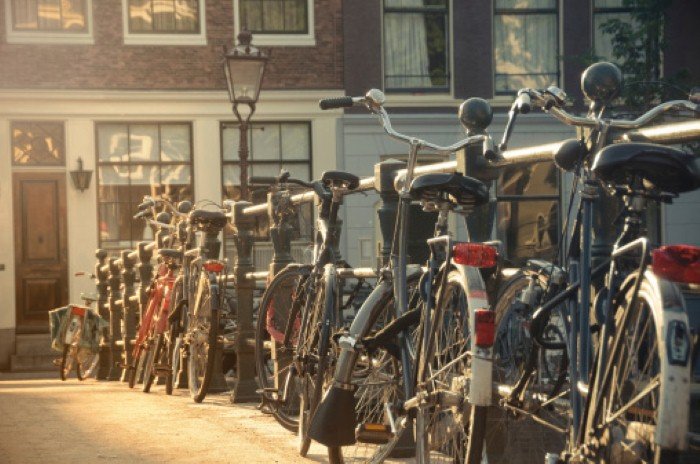 Amsterdam is a city of festivals, the majority of which take place on those long, sun blazed summer days and evenings that make you wish you had a lifetime to spend in this city.

No fewer than 300 festivals take place this year, and a little company called Amsterdam Marketing has been commissioned with a special campaign to draw attention to this abroad. Why this is necessary is anyone’s guess, because the city is already pretty well advertised; tourists don’t only arrive in their droves – as is evident from the queues in front of some tourist attractions.

But guess what – when we’re talking festivals the queue phenomenon dissipates like snow in the sun, lifting the mood instantly. Add to this café terraces on every street, a 10pm sunset and never ending live music, and what more could you want from your holiday destination?

Normally we don’t really take a marketing perspective on the culture in Amsterdam, but on this occasion we make an exception, because by focusing on festivals Amsterdam Marketing have nailed it. They have done some solid groundwork on the many events that are taking place year round, and comparing notes with the marketeer’s findings made us realise that we’re singing from the same hymn sheet.

When you  arrived in Amsterdam, you’ll realise t nothing could be more important than getting the very best information about events, especially when there’s a lot of them happening at once. When it is hard to keep focused on the things that are truly spectacular because there is so much going on , an informed guide is essential.

Obviously you get close to  a considered approach if you browse the iAmsterdam website. The publishers there have had to draw up categories, listing all the festivals. There are Dance Festivals, Culinary Festivals, Children’s Festivals, Cultural Festivals, Film Festivals, Music Festivals and Theatre Festivals. But where do you go from there? That’s where the Amsterdam Marketing people turn out to be invaluable.

Having done a bit of number crunching on data from the previous years’ festivals and (we imagine) a lot of direct festival going, the investigators at Amsterdam Marketing have listed eight festivals which they believe are truly iconic. And they’re right. The events they have singled out happen to be authentic Amsterdam type events with an international flavour. We feel that this list could be slightly longer, but all the contenders are truly hot festivals. So here they are, the events that could define your summer 2016 and 2017:

We would like to add to these festivals the Vondelpark Open Air Theatre. That is an unmissable event, even if you only go there on a Sunday afternoon. The stage is right in the middle and if you can’t get a seat, you can picnic on the grass and still not miss a trick.

In case you are in town when the Pacha Festival, Orientalicious, Festival 5D and, last but not least, the Milkshake Festival are held, those are also definitely worth a shot.

If the festivals get a bit intensive for your liking and you just want to chill, you can opt to enjoy the many café terraces and sip away at your beer while indulging in a spot of people watching from behind your sun shades. July is the warmest month and optimal for just hanging out in town not really doing much. As July also happens to be the third rainiest month, make sure you are prepared to shift gears fast and take a brolly. Many of the terraces are heated nowadays so the fun does not really have to end when the clouds gather.

If even sitting on a terrace is too much for you to cope with, you can just opt to stick around on the Dam Square where you will find a large number of like minded souls on the steps under the monument. The crowds of non-Dutch-speakers head there the minute they get off the train.

A short stroll along the wide boulevard lined with souvenir shops leads to the square. To the left of it is the Red Light district, and to the right is Amsterdam’s most famous high street, the Kalverstraat. Hanging out on this square is a must for everyone who visits Amsterdam. The many street performers will keep you entertained and on a good day you might even be offered to have your hair plaited by travellers. Pigeons descend and ascend continuously and are hyper friendly. The Dam Square is a miniature version of the city; everything that happens there happens elsewhere in the Dutch capital.

Another highly relaxing way to spend time when the weather is hot and the city is mega dizzying is to take a tour of the canals in a cruiser or a private boat. The scenery from the water is stunning and once you’ve floated along you will understand why UNESCO declared the canals a monument in 2010.

Last but not least – the Open Garden Days are something to look out for. You will find the odd tulip in Amsterdam’s most fabled gardens of course, and a hell of a lot more.