You can’t See Amsterdam for the windmills 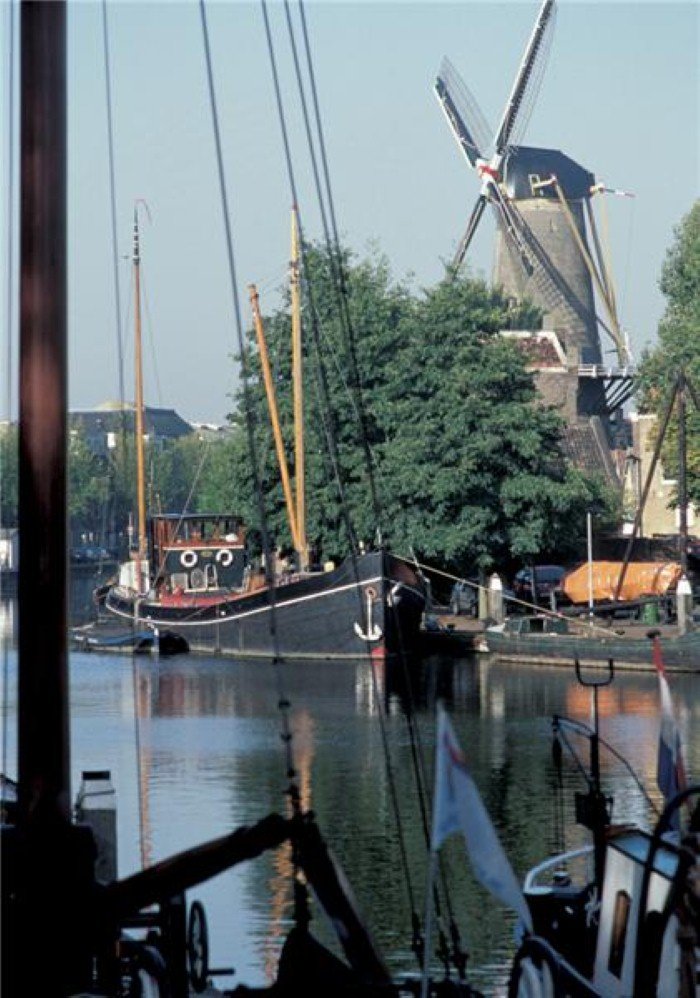 This is a little bluffer's guide to Amsterdam’s windmills. Most tourists visiting Amsterdam do not expect to see many of these contraptions. Tulips, yes, but windmills are imagined to be found only in the countryside and hence neglected when you’re off to Amsterdam. But this is one of the most common misconceptions of modern day tourists, believe me.

Windmills are everywhere in the Netherlands, and certainly also grace the landscape of a city like Amsterdam. No less than eight windmills can be found in this city. The main reason for the dense population of windmills throughout the Netherlands is that these buildings were vital for industrial processes like milling grains and water drainage.

When you want to learn all there is to know about windmills, go no further than Molen van Sloten which welcomes visitors. It was originally built in 1847, and this windmill’s current interior is a clever reconstruction of what it looked like in ages past. When this was still a working windmill, it was used to drain water from lower-lying surrounding lands to keep them dry. Phone beforehand, to book a guided tour. Perhaps you will be lucky because on occasion the miller himself will show people around and explain how the different parts of the mill used to function.

A windmill located in Amsterdam West is De Otter. It was erected at around 1631 as a sawmill and is the last one of its kind in the city. Various other sawmills were dismantled in the early 1900s. You can marvel at the sight of this windmill from outside only, as it is not open to the public. When you do, you should be assured that it has been listed as a national monument, which is hopefully, a consolation of sorts.

The only other windmill open to the public is a short trip away from Amsterdam. It is called Zaanse Schans and is one of the most famous windmills in Holland. You will need to take a 15-minute train journey to get there or a short drive (free car park), but the effort is well worth it. Zaanse Schans is a free open air museum which is the domain of not just one or two, but an entire park of eight preserved windmills. They produced a variety of goods, ranging from paint to oil and mustard. You can see the interiors of some of them, and you’ll be able to find out how windmills operated from the displays and guided tours.

The park is highly suitable for small children and aside from the eight windmills there are a few old fashioned traditional houses, as well as a clog factory. In case you still haven’t had enough, you can take a 15-minute walk along the stunning countryside around Zaanse Schans, and visit the Windmill Museum Zaanse Molen.

These are the other windmills of Amsterdam:
The Riekermolen www.molens.nl in Amstelpark is not open to the public. Built in 1636, it is still operational and is used to prevent the area of Buitenveldert from being flooded.

Amsterdam Noord’s D'Admiraal windmill, an octagonal smock construction, used to operate as a chalk and ash mill until it closed down shortly after WWII. It has been restored but is not open to the public.

De Gooyer windmill is known as the tallest windmill in the Netherlands. It is located next door to Brouwerij 't IJ, the beer brewery. The windmill is not open to the public, but the brewery’s beer garden offers pretty astounding views of the windmill.