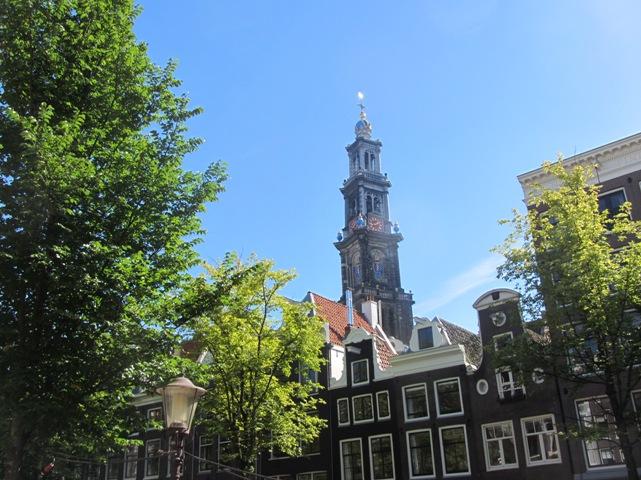 The city of Amsterdam is truly fascinating and a place brimming with history and culture.  Boasting stunning churches, impressive buildings, picturesque canals and even a Royal Palace, there really is something for everyone.  One of the best ways to explore the vast collection of sights and attractions is by taking one of the fabulous city tours, which provides an effortless blend of fun and education.

I had visited Amsterdam many times before and was already quite familiar with the main sights that the city has to offer.  However, I was interested to learn about the ‘hidden gems’ which are not as widely publicised as many of the main tourist attractions and so myself and my family booked onto a custom made, walking city tour with Smart Tourism Amsterdam.  Our tour began mid-morning, just outside Amsterdam’s Centraal Station on the banks on the Singel Canal, where we were met by our guide Louise. We had already agreed for our tour to last around two hours, which we thought was an appropriate time to be walking around for.  Louise introduced herself to us and gave us an overview of what the tour would entail.

First of all, we made our way to the fashionable Jordaan district, an area which was originally designed to house the ever increasing working class population of the city.  The district underwent a total transformation in the 1970, resulting in the chic and sought after neighbourhood that it is today.  Here is where we learnt about the Jordaan’s two stunning churches, the North Church (Noorderkerk) and the West Church (Westerkerk), which were both built in the 1600s and designed by the architect Hendrick de Keyser.  We continued along the picturesque Prinsengracht Canal, marvelling at the beautiful buildings and quirky houseboats along the way.  The next stop was outside the famous Anne Frank House Museum, one of Amsterdam’s most visited museums, which is where Anne Frank and her Jewish family hid from the Nazis during World War II.

Making our way towards the heart of the city centre, Louise explained the rich history of Amsterdam’s canals, houses and shopping streets. We soon arrived at the striking New Church, which was built in the 15th century and is where many of the Dutch Royal family’s important ceremonies take place.  To the rear of the church, we found the huge, bustling Dam Square, which is overlooked by the magnificent Royal Palace. Our tour then took us briefly through the Amsterdam Museum and into the charming, secluded courtyard known as the Begijnhof.  This enchanting area was designed as a sanctuary for single catholic women, many of which still reside here, and contains two churches and several houses – one of which is Amsterdam’s oldest surviving, traditional wooden house.

From here, we headed to the east of the city, passing the University of Amsterdam, the remarkable South Church and the renowned Rembrandt House Museum.  We also travelled along the colourful street of the once Jewish quarter of the city towards the magnificent Waag or weigh-bridge.  Originally a gate to the city, this spectacular 14th century building is now home to an impressive restaurant which is lit by 300 candles.  Our tour came to an end just across from the Oosterdok, where the well-known Nemo Science Centre and Scheepvaartmuseum can be located.

We thoroughly enjoyed our city tour of Amsterdam, especially Louise’s knowledge and information, and were surprised at how much we learned.  We would highly recommend it to anyone looking for an informative and fun way of exploring the city.  Tours can be tailored to your individual needs and can even be done by bicycle!! For more information, Smart Tourism Amsterdam have a great facebook page – www.facebook.com/pages/Smart-Tourism-Amsterdam/.