Concertgebouw, Amsterdam – The perfect setting for an unforgettable performance

Concertgebouw, Amsterdam – The perfect setting for an unforgettable performance 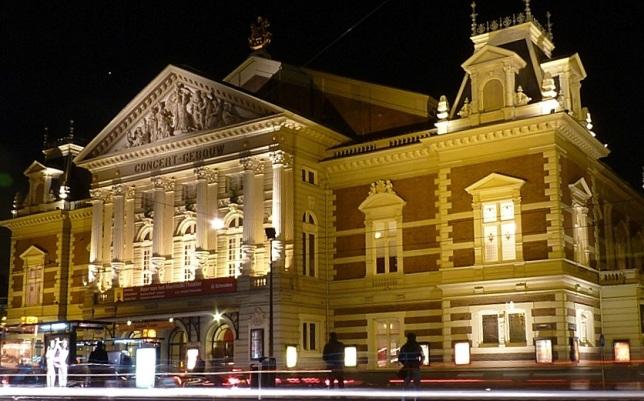 Occupying a perfect position upon Amsterdam’s much-loved Museumplein, the Concertgebouw is regarded as one of the world’s most exclusive concert halls. Boasting exceptional acoustics and the home to the fabulous Royal Concertgebouw Orchestra, this spectacular building welcomes visitors from across the globe.

Ideally located upon the city’s fabulous Museumplein, a huge square adorned with museums and art galleries, the Concertgebouw is one of Amsterdam’s attractions that is quite simply breath-taking and is definitely worthy of a visit. Set within a stunning building, which dates back to the late 1800s, Concertgebouw (which literally translates to concertbuilding) is the home to the world famous Royal Concertgebouw Orchestra and showcases mesmerising performances every single week. The Concertgebouw was the idea of a group of Amsterdam residents who drew up plans for its creation in 1881. Building work commenced one year later and was completed in 1886. The grand opening took place on 11th April 1888. Prior to my visit to Amsterdam, I had often heard about the free, lunch time concerts that took place within the Concertgebouw every Wednesday which led me to investigate more about this superb place. Once I had planned my trip to the city, I promptly booked a Concertgebouw guided tour, making sure it was on a Wednesday so that I could take advantage of the lunch time performance whilst I was there. Upon arrival at Museumplein, I stood in amazement of this beautiful building, which displayed some striking examples of fine architecture and resembled a royal palace. I made my way through the grand entrance and was led to the magnificent Main Hall. Decorated with ornate chandeliers, a spectacular ceiling and luxurious red seats, the elegance of the hall left me speechless. I took my seat and eagerly waited for the concert to begin. I had been very lucky to visit on that particular day as the free lunch time recital was actually being performed by the tremendous Royal Concertgebouw Orchestra. The inspiring performance lasted around 30 minutes and was one that I will never forget. It was now time for my guided tour, which took me throughout the Concertgebouw and taught me all about its creation and history. We explored every detail of the smaller Recital Hall together with the Main Hall, admiring the exquisite décor and furnishings. This was also the perfect opportunity to take a closer look at the Main Hall’s fascinating organ, which was made by the well-known organ builder Michael Maarschalkerweerd. I finished my tour by visiting the delightful Concertgebouw Cafe where I enjoyed a drink and a snack.

My visit to the Concertgebouw was a wonderful experience and it is somewhere that I would definitely visit again. With a varying concert schedule, special dinner packages in the Mirror Hall and features such as the ‘Sunday Morning Concert Brunch’, there really is something for everyone. One great advantage is that you receive a free drink with every concert ticket purchased. More information, including opening hours, ticket prices and seating charts, can be accessed via the Concertgebouw’s website – www.concertgebouw.nl/en.