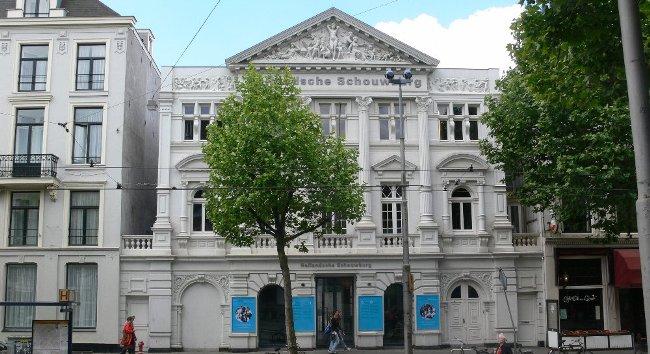 Book your stay in Amsterdam, and you’ll soon see why Paul Verhoeven became who he is

today: an often misunderstood but vastly influential filmmaker who is in many

ways, as dubbed offhand by a

Times critic in 1985, a one-man Dutch film industry. If you happen to run

into the auteur, be sure to ask him if, by any chance, he used to watch

Saved by the Bell.

Paul Verhoeven emerged onto the world stage in 1973 with

love story over the picturesque backdrop of Amsterdam. To re-live your favorite scenes, plop

Vondel Park, or through the crowds in Dam Square. Tuck skirt into underwear for maximum effect. You can also head to the sea outside

Amsterdam, find a seagull with a broken leg and recall the heartbreaking

resurrection of Hauer’s character as he nursed a wounded bird back to health.

The seagull, as heavy-handed as it may be, represents Verhoeven’s

compassion by portraying love almost exclusively through sex acts, and the

Ven’s feces around their apartment, held gingerly between his fingers like a Madeleine.

It’s not subtle, but it gives the audience a visceral reaction that reels us in

and keeps us engaged on an almost personal level. Later films, made in the USA as well as the Netherlands, use

feels like watching Santa Claus fall out of his sleigh.

brought it to its conceivable apex.

In 2006, Paul Verhoeven returned to the Netherlands and

subsequently was voted “Best Dutch Film of All Time” by his countrymen. In this film, arguably his most

sincere, he explores the contradictions of familiar war-movie themes: military,

Orange, his WWII-inspired films rewrite the past using the same language of

extremes found throughout his portfolio. It’s easy to imagine that a young

Verhoeven, living his primary-school years under Nazi occupation, may have come

While you’re in Amsterdam, don’t miss your chance to study

up on the Netherlands’ experience of WWII. The Dutch Resistance, providing the basis for

Soldier of Orange, is explored in the

The Anne Frank House and the Jewish Historical Museum offer

insight into everyday life under Nazi occupation, and memorials like the Hollandsche Schouwburg theater

giving up its identity. If you’re having trouble understanding why explicit sex

is an obvious stand-in for love, a stroll though