The National Windmill Day – the most majestic blades of Amsterdam in motion.

The National Windmill Day – the most majestic blades of Amsterdam in motion. 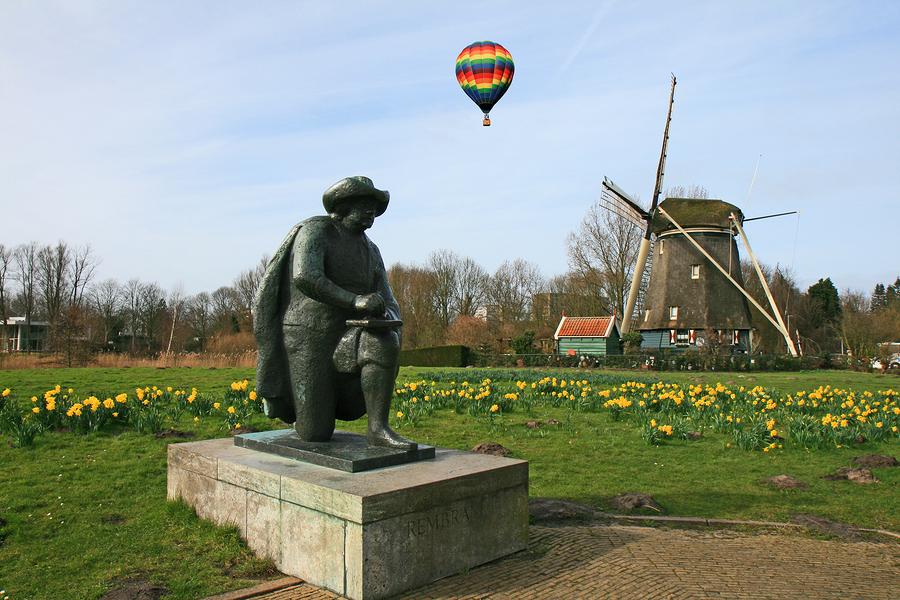 Don Quixote would be on cloud nine if he could stay in Amsterdam during the National Windmill Day. After all, this is the only period of the year when it is possible visit over 600 different windmills across the whole Netherlands free of charge!

Moreover, many of them are found directly in and around Amsterdam, so use this opportunity to learn more about the bladed Dutch trademark. A spinning symbol of Holland. What is the first thing that comes to your mind when you think of the Netherlands? Clogs? Canals? Cheese? Tulips? In fact, all of the above are correct, though when you arrive to Holland in May, you’ll be able to take part in a two-day celebration of all windmill-related – the National Windmill Day, which explores the theme of one more Dutch icon – windmill. Indeed, in mid-May many windmills (or molens in Dutch) are open for sightseeing, and although you’d expect to see the majority of them in the picturesque countryside, eight of them are located directly in (or very close to) Amsterdam, which makes it really easy to make the most of this amazing event.

Windmills constitute a testimony to the glorious past of the Netherlands and despite the fact that today there are around 1,000 of them scattered around the whole country, some time ago their ‘population’ amounted to an impressive 10,000! While some of them still operate to date, others have been transformed into private abodes, and for that reason are not open to public, unfortunately – even on the National Windmill Day. However, on that day you will be able to check a number of different molens in and around Amsterdam and get to know the ropes behind the legendary Dutch windmill technology. 8 different wooden-bladed stories to be told. As said before, you don’t even have to leave the city to experience a little bit of genuine Dutchness. The best thing is that as many as 8 totally different windmills are to be found really close to the very centre of Amsterdam, though only two of them can be visited from the inside. Still, it is not about quantity, but quality, so charge your batteries and begin your hunt for a collection of astonishing views and sights awaiting you on your journey. To catch a glimpse of the 17th-century windmill architecture, head for the Riekermolen situated right along the Amstel River (featuring a mill and electric pumping-engine keeping the garden city of Buitenveldert dry), De 1200 Roe on Haarlemmerweg 465 or De 1100 Roe on Herman Bonpad 6. These are the examples of the earliest types of windmills used in the Netherlands, but if you proceed to De Bloem on Haarlemmerweg 701 or D’Admiraal on Noordhollandschkanaaldijk 21 you’ll be able to enjoy a view of some more modern developments in that field. A couple of interesting side facts – the former ofthese two has been relocated from its original site, but you’ll see that it fits the environment perfectly, while the latter used to operate as a chalk and ash mill before it was closed in 1954, now serving primarily as a remnant of the past.

Now, moving on to windmills which are more ‘interactive’ and offer a set of really unique features to be gazed upon, first place you should go for is de Gooyer located on Funenkade 7 (within walking distance from the Maritime Museum, actually); it is the highest wooden windmill in the whole country and has been listed as a national monument – and comes with a traditional Dutch brewery by the name of Bierbrouwerij ‘t lj that will treat you with fine Y-lake (lJmeer) beer. Nothing better than a refreshing drink and a wonderful view from the local terrace! If you wish to take an actual trip inside a windmill, then Molen van Sloten (Akersluis 10) is the place to be. It has been reconstructed according to its original shape from 1847, operates to date and is well-open to guests – including those keen on guided tours. For all windmill enthusiasts there is an absolute must-see waiting a bit outside the city. Take a train from Amsterdam to Zaanse Schans (the trip should take about 15 minutes) and enjoy a visit to a beautiful complex of eight neighboring windmills, each of which was used to produce different types of products, ranging from paint or oil to mustard. All of them are also available to visitors (free of charge on the National Windmill Day, otherwise – for a small entry fee), but you can also check out the Windmill Museum, located just a 15-minute walk from this fantastic site.